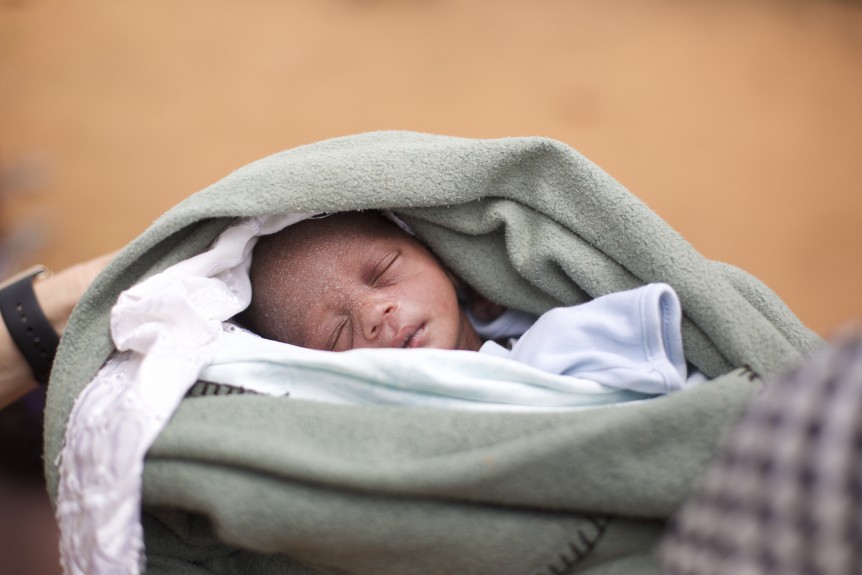 If there’s one thing I’ve learned working outside the safety of my life, it’s that the story is always much greater than my naive Western, first world mind perceives it to be. Whereas I think life can be tough, I greatly underestimate the pervasiveness of the challenges the rest of the world faces on a daily basis.

I was thrilled and excited to hear initial reports from our national director on our drive from the airport last night. I couldn’t wait to tell everyone about Carol, the woman who had a newborn baby when we first met her in February. She’s a member of one of our economic development co-ops, and she, being deeply impoverished like the rest of her group, did not have the means to eat more than one small meal a day. This story is very typical of the world’s population living below the poverty line — commonly defined as living on under $2 per day. Yes, it is terrible to think of this but it is a reality of which I was aware and our programs aimed to end that poverty. I was so excited to hear that through our programs, Carol was growing mushrooms, and rearing chickens and pigs, and was a productive contributor in a village savings and loan program. Our model was a success and Carol and her baby had food in their bellies!

Oh, how short sighted I was

Carol is a woman who appears far to young to be the mother of eight children. Her husband has abandoned the family, yet comes around periodically to, as Carol resignedly and euphemistically explains it, “get her pregnant”. When she found she was pregnant yet again, she began planning the abortion of her baby. She told us how she would go to the village after collecting the necessary money, and the elders would have a tonic she would drink that would cause the abortion. I wondered if this was a holdover from the reliance on witchcraft in Uganda that once heavily influenced the evil forces such as the LRA. As she casually spoke these words, she animatedly gestured her hands from her womb, through her body, and cast off to the ground. A burden she could not afford.

Carol’s plans for the abortion failed, and by the time we met her in February, her one week old newborn son named Jonathan was nearing starvation. Carol was week from malnutrition and commonly collapsed from exhaustion and was unable to produce enough milk to nurse Jonathan. Her child would soon die if nothing changed.

That week in February, Carol and her community began our economic development program. They were trained in how to start and grow a business, what to do with profits, and how to participate in a village savings and loan association. They were also given start-up capital to begin a cooperative businesses.

Carol finally had the means to eat, which allowed her to feed her newborn, perhaps weeks before his starvation

Help them start a business, I thought, it will help them feed and educate their children. But as I held a strong, adorable four month old boy named Jonathan, I saw the reality of poverty up close. It was a matter of life and death and Jonathan had escaped a dire fate twice.

I asked Carol if she had considered abandoning Jonathan. She emphatically said no, that she had prayed that if God wanted to take him, that He should, and twice God spared her son. She knows He will provide, which He has, and for that she will give God everything.

I truly do believe that orphan care, or the prevention of abandonment, begins with the caretakers and parents in these communities. I believe that when you give people who work so hard to survive, the chance to thrive, they will incite dramatic change in their lives, their communities, and children will grow up well cared for, educated, and learning skills and ideologies that will end their poverty and that of the generation to come. But today, watching a mother who once sought an abortion tonic, nurse her son, I saw the story goes far deeper than I could have understood. 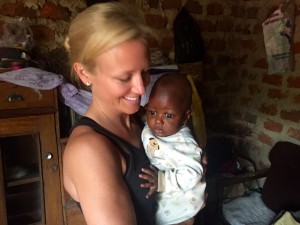