I’ve always been involved with the church, but I was not brought up understanding what a relationship with Christ was. It was never about the relationship as it was the ritual. In 2008, I was driven by an underlying restlessness and frustration from that mindset to trade a life of formality and comfort for that of an adventure to give beyond myself and to obtain a real relationship with God.

Born in California, raised in East Texas, I was the middle of three children in a family that held academic and professional success at its core. With a desire to follow in these steps and the rituals I knew from it, my life was flooded in time spent studying, working, parenting, and building a family of my own.

Eventually, Christmas came around as it does each year, but I realized the desperate need for our family to get outside of ourselves – to go far from the gluttony of the holidays and the routines I had always known. That holiday season was the one in which I was changed forever and began getting involved in ministry. Through our church and the organization Sweet Sleep, God moved us to buy beds for orphans in Uganda. Of course, the holidays came to an end, but my desire to help those children did not. This is when I understood my identity as a mother, wife, and finally – a daughter of God. 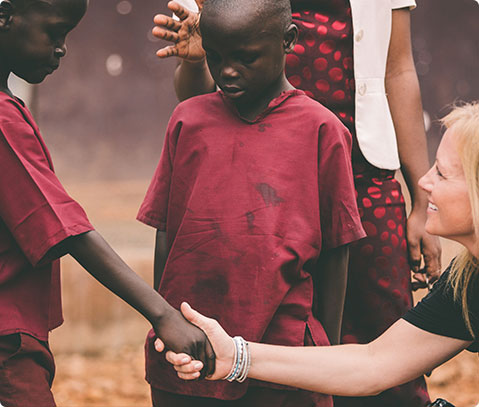 After being called to serve as team member and leader on several mission journeys, I was taken into executive leadership with Sweet Sleep in February 2013 and was named President in May 2014. Although we were answering the drastic cry for help from orphans in third world countries by providing beds and other resources, it became apparent that there was a need to respond to global and government level changes within orphan care. We’ve since worked to develop comprehensive family preservation programs that place and keep children in families while expanding Sweet Sleep’s reach and efficacy of bed deliveries.

Five years ago, I didn’t have the breadth of the imagination to pray that God would do what He has done. So, there’s nothing I can think up that’s as creative as what He’s going to do as we continue down this incredible journey.

Today, Madelene and her husband, Bryan, are in their 14th year of marriage and together with their children, William (12), Camille (10), and Beck (7) live in Brentwood, a beautiful suburb of Nashville. In addition to heading Sweet Sleep, Madelene continues to help orphan care ministries and plays flute in the orchestra at Brentwood Baptist Church, where she and her family are active members.