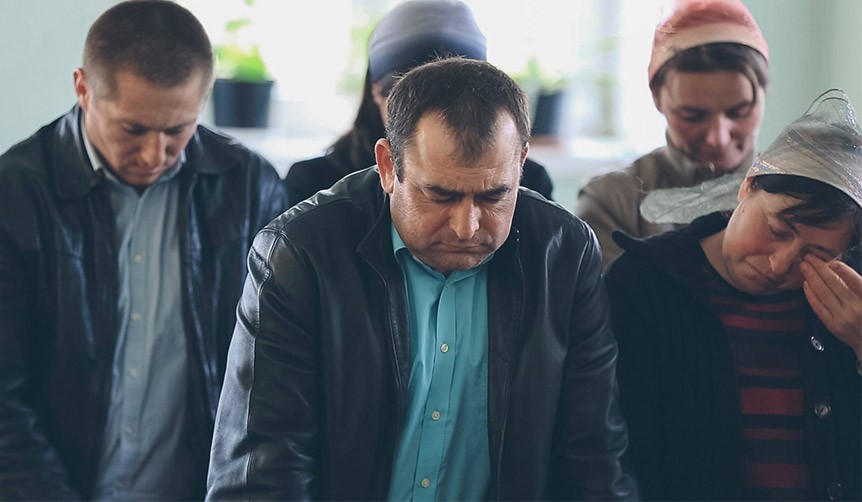 This fall, in Moldova, I sat back and watched God work brilliantly through my friends during Sweet Sleep’s adoptive parent training conference. Social workers, special ed teachers, a photographer, ministry partners, and staff all worked to provide their expertise, and they had wise things to say.

As the ceremony concluded, they asked that the president speak. I was quite certain I had nothing intelligent to add; certainly nothing more helpful than all that had been taught through the week. Regardless, I approached the microphone.

The day before, we had visited Orhei – an orphanage for the more severely disabled and special needs children of Moldova. Some of the children were young men in their early twenties who would never age out of the institution.

With those boys on my heart, I began to speak about my son.

As an infant, there wasn’t anything wrong with my son, but something wasn’t right. He cried… constantly. He didn’t play with other kids. He was non verbal. He had incapacitating sensitivities. As smart as he was, we had a very difficult time getting him into an elementary school. They said there were red flags. But we fought for him.

After years and years of therapies, our son finally learned to speak. Years later than he should have, he finally learned to dress himself. After a lot of trial and error, we’ve finally learned what tools and support he needs. When his elementary school was no longer able to accommodate him, we put him in the best learning differenced school in the country. Now he’s thriving!

The only difference between him and the children of Orhei is that he has parents who fought for him, who invested in him, who intervened, and who knew he was not disposable.

If my son were born in Moldova, he would have been placed in an institution without education. He would have been disposable. He would still stand in the corner of a chaotic space and spin to soothe himself. He may have never started speaking.

I shared this reality with the Moldovan couples at the conference. I explained how these children need to be nourished, loved, and fought for. They would fail to thrive otherwise. God created each of those children in His image and we, as Christian parents, have the honor of growing those children into the glorious fullness God intended for them.

Like any time I speak about my son, I wondered why I had even mentioned him. It wasn’t until weeks later that I saw how God used that time to change hearts. I’ve since learned my message helped the Moldovan attendees understand more deeply the importance of their presence in the lives of orphans in their own country. As I shared this story with friends back home, a mother of four adopted and special needs kids realized her calling to advocate for children just like hers, and the mothers who could help them grow. God used those boys’ weaknesses to make His power perfect in the hearts of those parents.

My son has been a part of my testimony since before he was born. The challenges and struggles, and the joys and victories we’ve experienced with him have shaped the way I love the vulnerable, the marginalized, and those without a voice. Each time I share his story, against my best judgement, it touches the lives of someone who might not be as far along on the journey as we are.

How have your trials shaped your testimony? God uses these bumps to create in you something beautiful. Your testimony can minister to others who may be just beginning to experience the trials you have battle scars from. There are blessings in the bruises.

Madelene MetcalfBlessings in the Bruises05.14.2015
blog comments powered by Disqus