Tonight I arrived in Uganda for the tenth time in six years. I remember the first time I set foot on the rocky Ugandan soil. I could literally feel a difference in the air; like there was a barometric pressure that told I was on the other side of the world.

Uganda is in the throes of a new election and today shortly before we arrived, the reigning president, Yoweri Museveni, was re-elected after having served 30 years as the President of Uganda. While we have been assured there is no concern for the safety of our team, it’s hard to ignore the warnings from the Secretary of State that US Citizens should stay inside, as precaution against violence and protests in the streets of Kampala.

As I read reports of sudden unrest and the angry virtual cries of Ugandans who feel they have been silenced in our social media age where open communication is presumed and often taken for granted I find myself captivated, enthralled, and humbled by the incredible opportunity to experience first-hand a country fighting for freedom from poverty, health, and a renewed spirit. 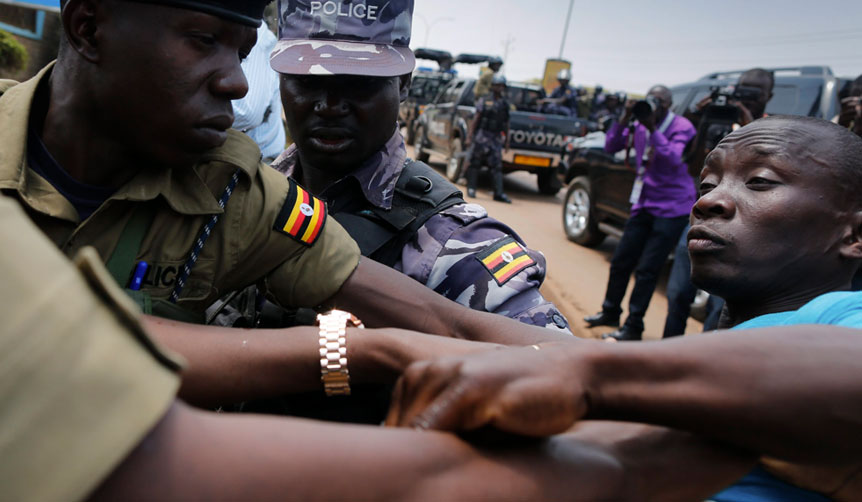 For years I’ve sat in dark smoky mud huts listening to the stories of survivors and I do my best to let you into their lives; to show that beneath the thick scars and unimaginable trials, we are all so much the same. Where we each happened to be born does not alter in any way, nor define our ability to withstand pain, fear, hunger or loss.

It’s an absolute necessity that we know each other.

Imagine if your family had sponsored a child for years through a great organization, and you finally have the opportunity to meet that child and to look into her eyes. That changes everything. In the same way, as my team arrived in Uganda we had the unbelievably unique opportunity to stand in the midst of the next chapter for Uganda as it was unfolding.

We arrived to a nearly deserted airport that typically bustles with the sights and smells of hundreds or weary travelers and drove down empty streets that would otherwise be clogged with “jams” of cars, vans, and bodas. And amazingly, it took me the longest to notice the tens of thousands of people who would ordinarily be lining the streets were all together absent.

In the coming days, as the unrest subsides and open access to social media is restored, Uganda will return to its predictably chaotic state. And my team and I will continue our work to enable women and children in community development programs. I will witness that here, life after upheaval goes on just as it did the day before, and as it has for decades before that. In that there is no fear but rather absolute wonder and grace as we’re allowed to be a part of our beloved friends’ lives as they change, stay the same, and move forward no matter what.

Madelene MetcalfThe Necessity to Know Each Other02.20.2016
blog comments powered by Disqus