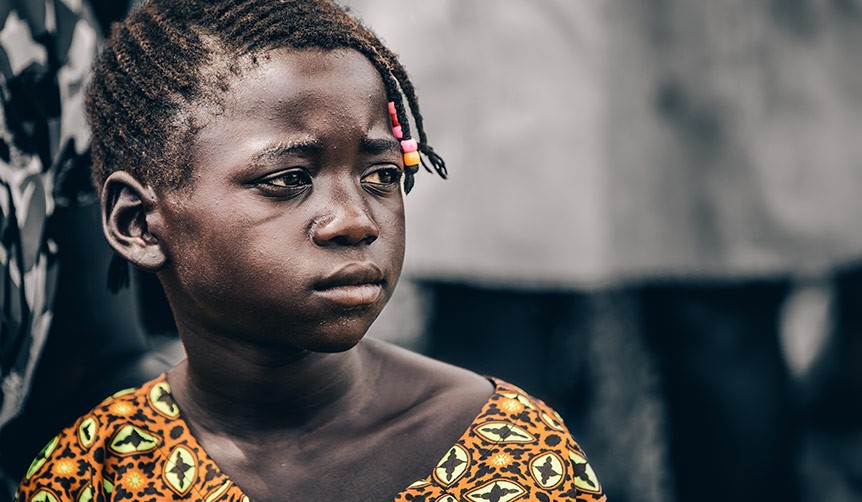 We were three hours away from the middle of nowhere on a hot November day in Africa. Drum beats coordinated tribal dancing and women who seemed to be 100 years old shrieked and blew whistles. The celebration was complete chaos as we prepared to give beds to 100 orphans in a remote village in Northern Uganda.

That morning, the chaos of the tribe faded to background when I saw Welsey. She was a small girl with a quiet face and eyes that were full of burden. Her tiny hand pulled back her skirt to reveal a deep festering wound on her leg. It was like I could see her thoughts as she tenderly touched the wound, perhaps to see if it was real or if it was still there, and then she covered it again.

Her aunt, who now cares for her, explained how the wound on her leg started like small sores, over a year ago. But over time the flies and crawling insects started eating the wound. I heard this and thought of my children; it was incomprehensible that they would ever be exposed to being eaten away by anything. No child should be. Because she slept each night on the ground she also had a distended belly full of worms and frequently suffered from malaria. Perhaps most devastating is that, because of her HIV status, any of these ailments could take her life.

As I spoke to Welsey, she told me she wanted to be dancing with the others from the village, as they celebrated our arrival, but her leg hurt too much. She had also stopped going to school because the walk there each day was long and painful. Welsey was without hope or peace, as she explained that she was not saddened by not being able to go to school; the stress had become too great and her education didn’t seem worth all that.

Welsey was not saddened by not being able to go to school; the stress had become too great and her education didn’t seem worth all that.

That day, Welsey received her first bed. I remember seeing her sweet face watching with reserved anticipation as the brightly colored bed roll was handed to her by one of my team members. That team member was the children’s pastor who rallied 300 children from two churches in Texas to give their pennies and nickels, to help children in Africa; children like Welsey, children much like themselves.

Welsey then began the long walk home, this time carrying not only the bed, bible, and mosquito net, but carrying the hope and peace that the love of Christ brings, as it was so tenderly shown to her by the small team of missionaries from Texas. Welsey no longer sleeps on the cold hard earth, exposed to biting insects, parasites, and worms. She is protected from these things now.

To us a bed is an expected luxury. To Welsey, it is something that allows her to survive and now even dance, play, and go to school. Pictures I’ve seen of Welsey – one month after she received her bed – tell a different story. You can see strength in her eyes. But even more so, you can see the smile of a little girl, unburdened and at peace.