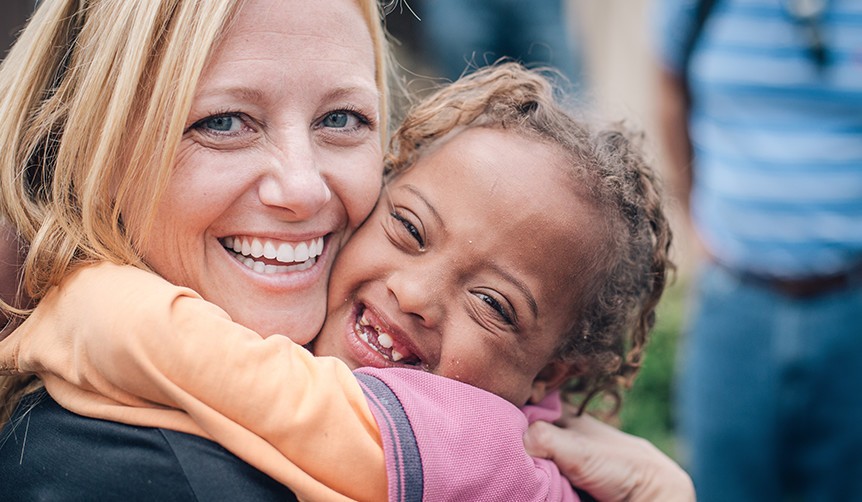 Driving through yet another community of dilapidated mud homes in Ethiopia, I saw a child across the street with her back to me. I recognized her immediately as Wendafresht, a precious girl I had met last November, and unbelievably, I picked her out from the many thousands of children.

This girl was able to make perfect sense of everything I’ve been working so hard for. 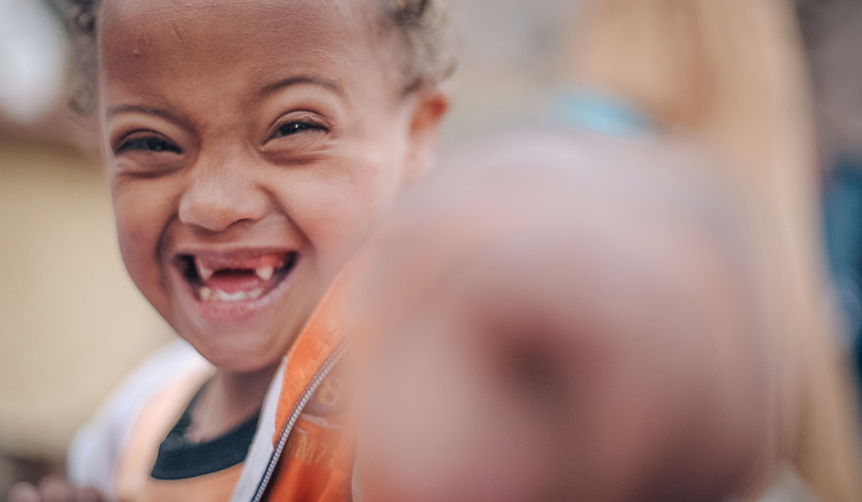 I shouted her name and jumped from the van, and she responded by darting across the street with arms open wide. I expected her to recoil once she came into contact with me, but instead she leapt into my arms and wrapped every part of her tiny body around me, burying her head deep into my shoulder. She remembered exactly who I was.

We helped her mother, Redet, start a business making paper mâché mannequins last year and since then, not only has she been able to provide for her daughter, but Wendafresht is able to go to school in spite of having down’s syndrome. She’s made SO much progress in just ten months, going from non-verbal to a social butterfly.

Far too soon it was time for me to leave. Just as surprising as her reaction to my arrival was her heart breaking reaction to my departure. The more her mother pulled her away, the tighter she held onto me, reaching and climbing back onto me without looking back. I could feel my heart rupture at the thought of leaving her but only because of how clearly I saw the enormous impact I had on her life.

I cannot describe the way it felt to instantly reconnect hearts with this eight year old girl. It was the sweetest moment I’ve ever had in ministry, with the second sweetest being the day I first met Wendafresht and spoke the same body language of a special needs girl that allowed her to trust and embrace me.

If you think your small actions of love aren’t impactful, remember this story.

Please say a prayer for Redet and Wendafresht as they sleep peacefully on a new bed our partner provided for them. And pray for the success of Redet’s new small business, which is providing the special care that Wendafresht needs.

Wendafresht will not be abandoned nor neglected because of her special condition. Rather than a story of poverty and mental disability, her story has been written into that of a beautiful girl being raised and provided for by a mother who has the dignity of being able to do so. The cycle has been broken. Their story has been rewritten.